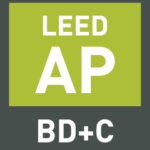 Huard first served the group in 2016 when he was initially initially selected by the USGBC Board of Directors to represent and contribute. Huard has maintained an active role in the organization and is very respected for his contributions including contributing to the LEED v4 Rating Systems and additionally authoring several articles available for review on the USGBC.org website. Brendan Owens, P.E., LEED Fellow, Chief of Engineering, US Green Building Council has recommended Daniel’s participation on specialty Water Issues Summits for Purdue University as well as for WaterBuild in 2016 and 2017 where Daniel was not only a selected presenter but an organizer and adviser as well. 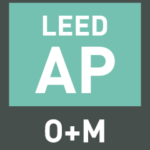 In November of 2017 by a vote of the LEED TAG Daniel was nominated, elected and confirmed as the USGBC LEED Water Efficiency Technical Advisory Group Chairperson with the additional responsibilities of serving on the LEED Technical Committee for a 2 year term.
David Holtzclaw, Ph.D., P.E. and President, Transduction Technologies was confirmed as the vice-chairperson on the LEED Water Efficiency Technical Advisory Group and will serve as Daniel’s alternate on the LEED Technical Committee as well for the 2 year term.

November was a busy month for Daniel when he as well was elevated to the class of LEED Fellows during Greenbuild 2017 Boston’s Leadership Awards Luncheon.